Since this summer, the US integrated ports Los Angeles and Long Beach have been plagued by congestion, and the situation is getting worse.

According to HTA, 10,000-15,000 containers were trapped on the terminal, hindering operations. 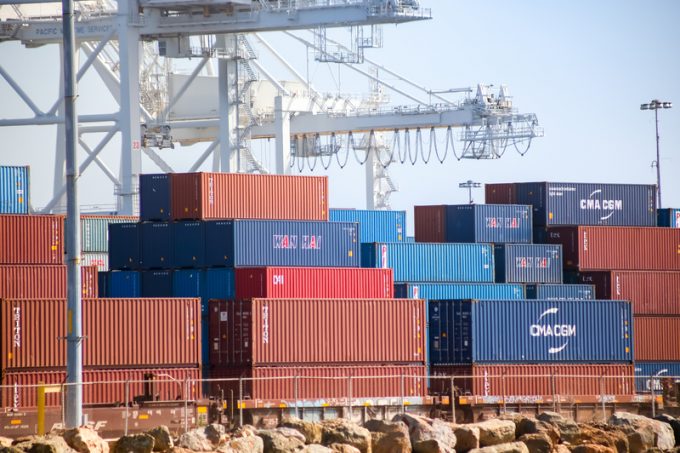 And a series of factors have exacerbated congestion and backlog: one is the decline in terminal productivity due to Covid-19 workers reduction; the other is the shortage of chassis vehicles; the third is the "lack of two-way transactions" called by the trucking organization-truck drivers cannot do it at once Take away the imported boxes while delivering.

The two trucking associations are now urging terminal operators and shipping companies to suspend the collection of demurrage fees.

They pointed out that earlier this year, tow truck drivers affected the return of empty containers due to gate closure and reservation system problems. At that time, two carriers agreed to waive demurrage charges, but the problem persisted and millions of dollars were collected. Demurrage.

The charges may continue for some time. The National Retail Federation (NRF) predicts that imports will gradually decrease in the next few months, but other organizations predict that imports will remain high until the Spring Festival in February.

CTA and HTA stated that if progress cannot be seen soon, they will take further action and intend to call on the US Federal Maritime Commission to intervene.

Since the beginning of this year, imports from all US West Coast ports have surged. According to the latest data from the National Retail Federation (NRF), imported goods in September were 2.11 million TEUs, which is the highest level since the organization began its Port Tracker survey in 2002.

NRF vice president of supply chain and customs policy Jonathan Gold (Jonathan Gold) said: “This surge is partly due to the replenishment of inventories after the retail rebound this summer, and partly because if panic buying occurs again, no There will be shortages."

Previous : Shanghai Port Intelligent VGM system is online! The error of the two cabinets has been checked by 8 tons! Maximum fine of $8,000
Next : Sunny Worldwide logistics information sharing: too difficult! Lottery booking! $10000 ocean freight! One box is hard to find! One cabin is hard to get!